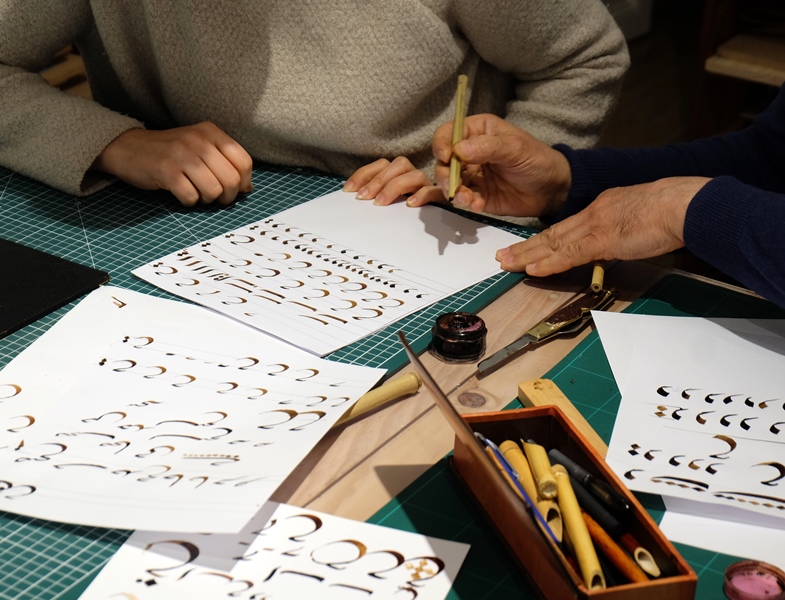 Learn how to properly form letters

There is no more beautiful writing in the world than Persian, their letters are made up of large and small lines, which become frightening when they finish, with a well invented and very pleasant to the eye, there is no people who write so well either.

We invite you to come and discover the art of Arabic and Persian calligraphy : use of the calamus and writing of the naskh. The فارسی (Farsi) or Persian uses the 28 letters of the Arabic alphabet and adds 4 more, so it includes 32 characters.

The workshop is led by Mohammad, a master calligrapher and illuminator. Mohammad comes from Herat, an important city in western Afghanistan near the borders of Iran and Turkmenistan, once the capital of Khorassan ("place where the sun comes from" referring to its intellectual wealth), considered to be medieval Afghanistan. He learned his art in this same city from his masters Akhond Mohammad Ali and Said Mashal, who were among the great Persian calligraphers of the second half of the 20th century.

Course of 2 hours on Sunday from 10am to 12pm. It is not necessary to be an Arabic or Persian speaker. This introduction to the art of Arabic and Persian calligraphy can only be done once. 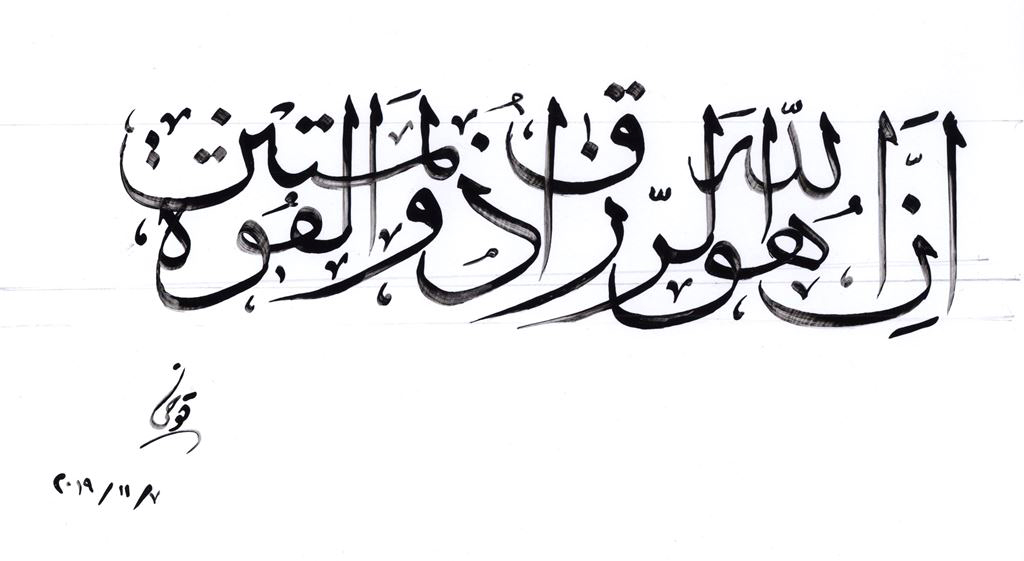 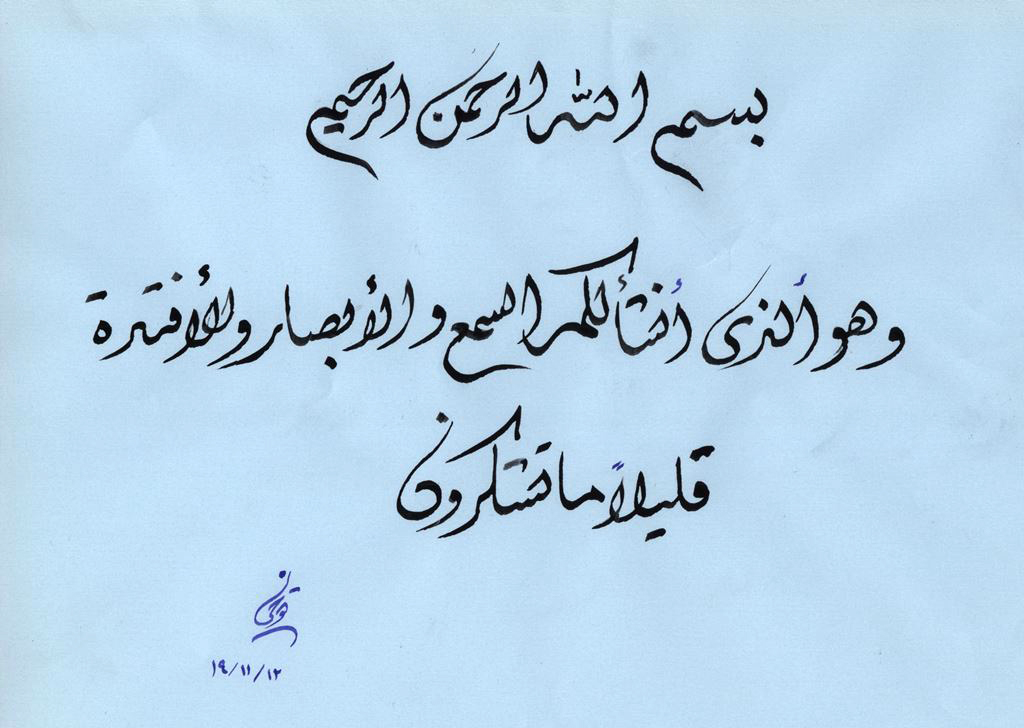 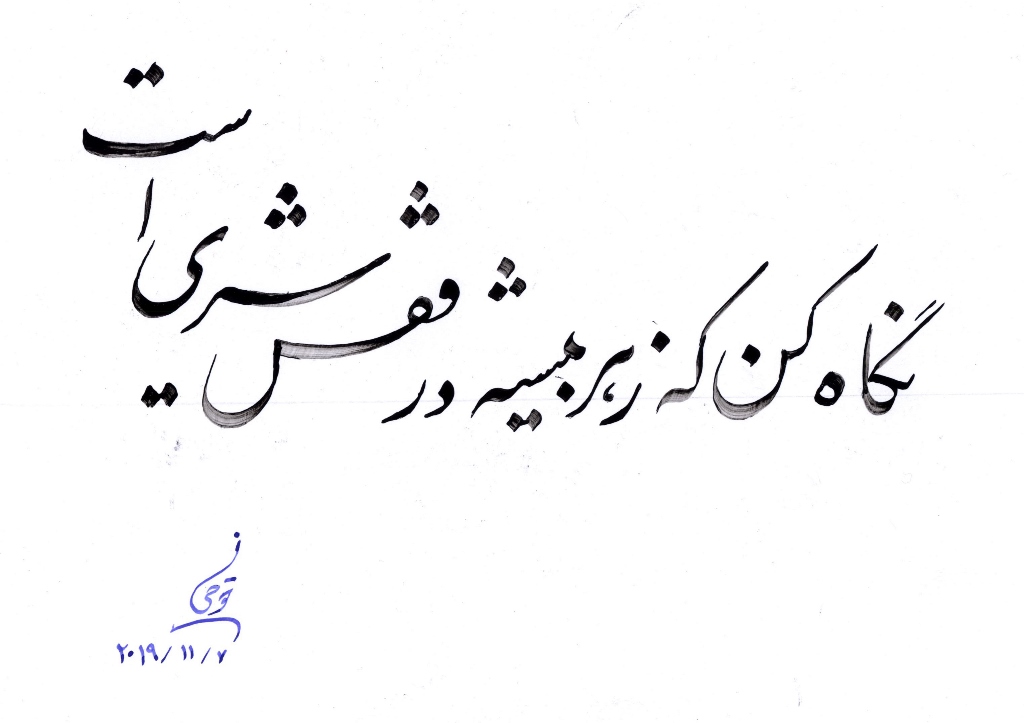 A poem in chekasteh or "broken script" by Mohammad Ghulam