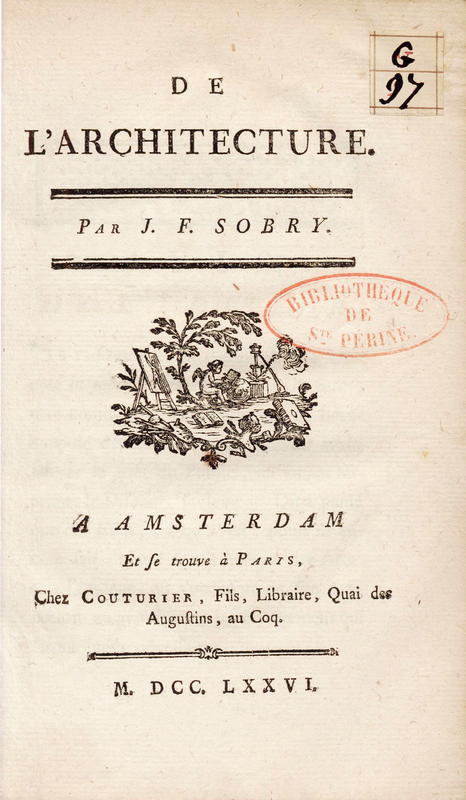 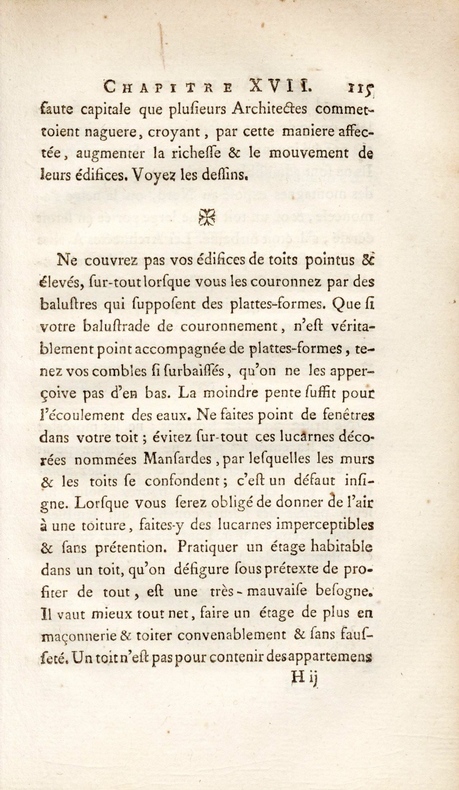 Rare first edition of this architectural treatise, the copy of the trusted man of Madame de Staël

Rare first edition of this work that the author intended to be published in-folio with engravings but which he wanted to test in advance with the present edition the taste of the amateurs for it. However, the enterprise stopped there, the young author had perhaps seen too big... The work is not without interest! It is composed of 24 chapters, the first half of which is a general course on architecture, its history, its principles and its orders. The second half deals in a more personal way with construction and buildings, but also with painting, sculpture, gardens and furniture. For example, the author was concerned not only with the owners of the houses, but also with the tenants, for whom he demanded hygienic provisions and a minimum of hygiene. A social concern quite unusual for the time. Sobry published a second work on architecture, Poëtique des arts (Paris, 1810), 35 years later.

"Jean-François Sobry (1743-1820), police commissioner of the 10th arrondissement of Paris, from the beginning of this century until the end of his life; he had been first an architect, very young, then a lawyer in Paris, and at the same time employed in finance; justice of the peace in Lyon, secretary-registrar of the commune of Lyon, in 1794; employed at the ministry of the interior, division of the belles-lettres, under the Directoire. Sobry was a member of the Lycée des arts, of the Société libre des sciences, des lettres et des arts, of the Société libre d'instruction de Paris, and of the religious association of theophilanthropes, a cult that Sobry was very fond of."

PROVENANCE : Joseph Uginet (Versailles, 1771 - Paris, 1853) with his bookplate engraved on the upper flyleaf and the red wet stamp of the "Bibliothèque de Ste-Périne. ". Uginet entered the service of Germaine de Staël as a simple valet de chambre around 1790 and soon became her confidant. In 1814 he entered the service of Louis-Philippe d'Orléans and in 1830 he became the grand master of the court valets. After the revolution of 1848, he retired to Sainte-Périne, an expensive retirement home where he died; he had a library of fifty volumes.

Provenance quite exceptional and rare.

The OCLC lists only 5 libraries with the work, 2 of which are abroad (London and Stockholm), no copies in the US. 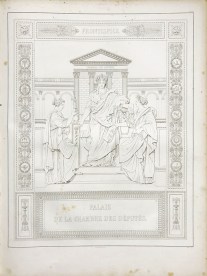