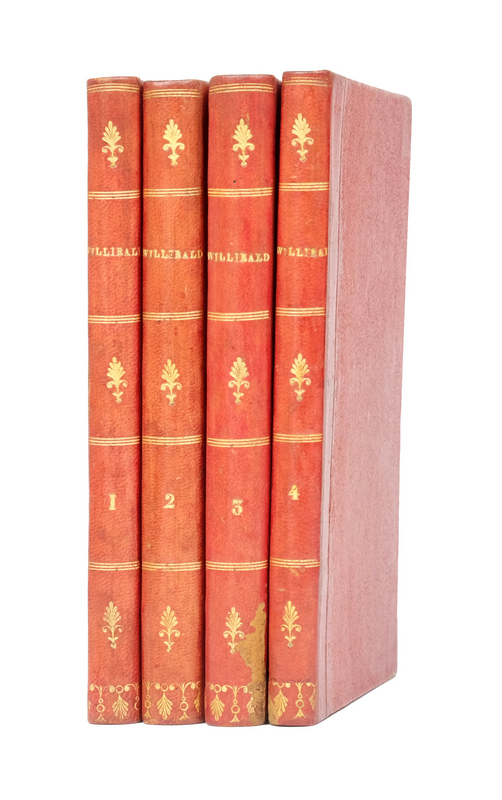 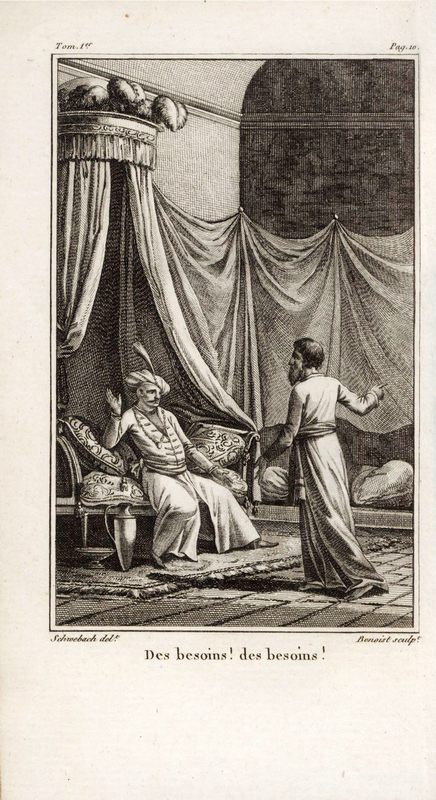 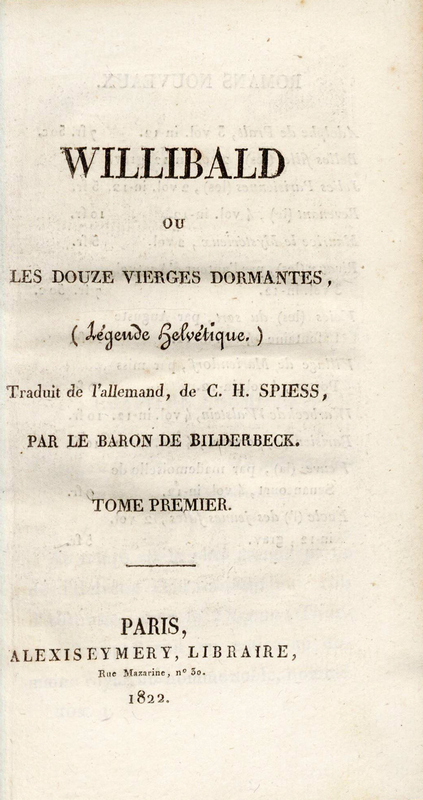 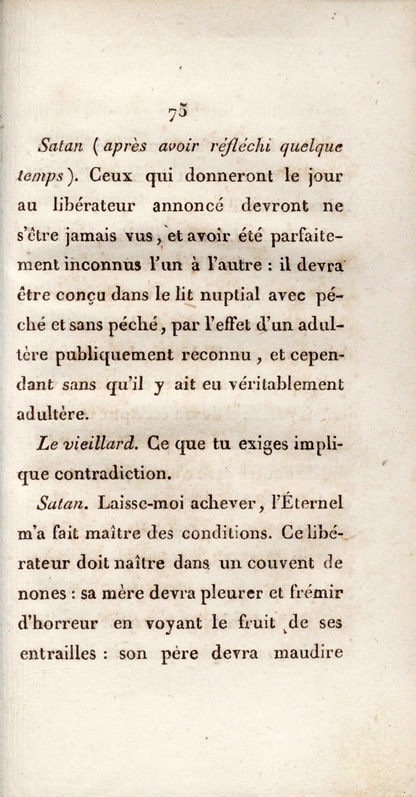 First and only French edition translated by Baron de Bilderbeck of Die zwölf schlafenden Jungfrauen. Eine Geistergeschichte. by Christian Heinrich Spiess (Leipzig, Leo, 1795, literally: The Twelve Sleeping Virgins. A ghost story). It is illustrated in the frontispiece of the first volume with a figure engraved by Benoist after Schwebach (Swebach-Desfontaines) with the caption: "Des Besoins ! Des besoins !". This figure is not mentioned by Quérard, nor is it mentioned in the summary notices of the only two public libraries in which we have been able to find the work (BnF and Bnu).

A man in distress, dissatisfied with the present and without resources for the future, Hundweil, hoping to find happiness in wealth, makes a pact with the devil, who pours gold into his hands: in ten years, Hundweil must belong to the infernal power. When the term expired, his twelve daughters devoted themselves to him and obtained an extension of twelve years. This new period arrived, no more grace for Hundweil, he became the prey of Satan, who also claimed his twelve daughters; they were devoted to the devil, it is true, but they had devoted themselves to save their father, and they always remained wise and virtuous. A saint revered in the region, the blessed Saint Gal, became their protector. By an agreement between the saint and the devil, the virgins are plunged into a sleep from which they will only emerge by the fulfillment of certain conditions so difficult to fulfill, that one easily recognizes that they are dictated by the evil spirit, leading a young knight born under strange circumstances, Willibald, on a long and perilous odyssey.

Christian Heinrich Spiess (Freiberg, 1755 - Besdiekau, 1799), German actor and writer of novels is considered one of the co-founders of the Gothic novel. In 1788, he was appointed controller of the estate of Count Caspar Hermann von Künigl in Besdiekau, Bohemia, which gave him enough free time to become one of the most prolific novelists of his time. He died there at the age of 44, almost insane. Spiess in his Ritter, Räuber and Geister-Romane, stories of knights, brigands and ghosts of the "dark" ages, whose ideas he borrowed from Goethe's Götz von Berlichingen and Schiller's Die Räuber and Der Geisterseher, is the founder of the German Schauerroman (Gothic novel), a style of writing that will be continued, but in a finer vein, by Carl Gottlob Cramer (1758-1817) and by Goethe's brother-in-law, Christian August Vulpius. These stories, which appeal largely to vulgar taste, made Spiess one of the most widely read authors of his time. The most popular is Das Petermännchen (1793, The Little Peter). It is said to have influenced the work of Ann Radcliffe and the novel The Monk by Matthew Gregory Lewis. This novel features a knight who is encouraged by an evil ghost (in the form of a dwarf) to commit rape, incest, and murder, only to be torn apart by the Devil.

The OCLC does not list any foreign libraries with the work. 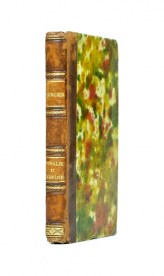